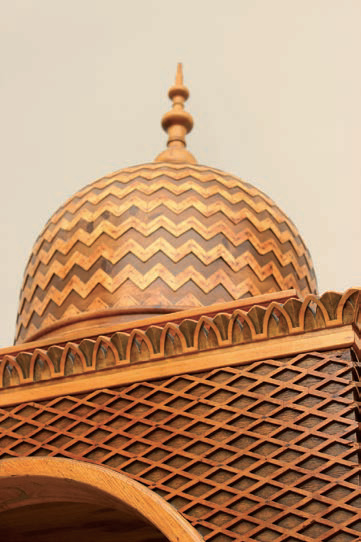 ISLAM IN CROATIA AND CROATS IN ISLAMIC WORLD

Croats came in contact with Muslims through the sea way. The Islamic fleet entered the Adriatic Sea for the first time in 835. There is evidence that the Muslim navigators gave the name to the Kornat Islands (Croatian islands - National sea park) after the city of Ganada (Spain) wich on the arabic language is called Karnata.

Among the best known Croats which enriched the Islamic state before the appearence of the Ottomans is the founder of the egyptian capital Cairo and the oldest univesity in the world El-Azhar, known under the Islamic name Dzevher Sakalli Saklebi, and in Croatia known as Blaž Vodopić. Caliph El-Muizzu Billahi of the Fatimi dynasty perceived the military talent of Dzevher and decided to send the army in the year 969 under the command of Dzevher to conquer Egypt. Dzevher (arabic: jewel) succesfully fullfiled this task and made the fundament for a new city and gave him the name El-Kahira (Cairo), and built a Mosque which he named El-Ezher (arabic: the rose above all roses).
The great Arabic cartographer El-Idrisi (1099-1166) traveled through the teritories of todays Croatia. He was the first cartographer and travel writer who named Croatia with its name, El-Dzevrsija.

In the era of the caliph Abdurrahman En-Nasir, from the dynasty Ben Umejje, in Spain the Slavs were represented in a great number. The complete personal Guard, numbering about one thousand soldiers was completely slavic. The two commanders of the Guard Dzevher and Faik were also Slavs. The builder of the most famous Mosque in Cordoba - Spain was also a Slav by the name Dzafer Saklebi.
The most famous seafarer in the Mediterranean Sea was Mudzahid. The italians called him Mogeto. During his time no one dared to voyage in the Mediterranean without his permission. He is the first one in the world who carried the navy rang „Admiral“ wich in arabic is written Emirul-bahr. There are assertions that Mudzahid was born in Kotor.

One of the greatest military commanders in Spain, during the dictature of El-Mansour, was a Slav by the name Galib.
One of the greatest scientists, in origin a Croat, was Abdurrahman Saklebi. He wrote the book with the title „El-istizharu vel mugaleba limen enkere fedailus-sakalibe“ (Undeniable are the deserves of the Slavs).
In the 10.,11. and 12th Century, the first Muslims, called Ismailities and Kalizies, by invitation of the hungarian grand landlords, were populating continental Croatia.
In the croatian city Osijek Muslims are mentionend in the year 1196.
Among the pirats from Omiš which are known outside the boarders of Croatia and the Mediterranean Sea in the 12. Century, there were also Muslims. One of them by the name Melduk, son of a Saracen, was ruling in the 12. Century over the area between the rivers Krka and Zrmanja.

1908 Anexy of Bosnia and Herzegovina by the Austrian-Hungarian Monarchy. This ment the contact and the vigilant introduction of the two different religious civilisations, the Islamic-oriental and the Christian-western.

1914 - 1918 During World War I the immigration of Muslims to Croatia raised significantly due to various reasons, but mostly because of the military obligations they had serving in the Empire Austrian army.

April 27th, 1916 The parliament Sabor of the Kingdom Croatia, Slavonia and Dalmatia issues the law - „Law of recognition of Islam as the equal religion to all other religions“.

1987 On the 6th of september the Zagreb Mosque -Islamic Center was opened.

1992 The Islamic Gymnasium „Dr. Ahmed Smajlović“ in Zagreb started with its work.

2002 December 20th, Contract between the Government of Croatia and the Islamic Community of Croatia in affairs of mutual interest.