The first idea of building a Mosque in Zagreb started in 1912 in the Austrian-Hungarian period, between the members and supporters of the Law party and the Fellowship of Brothers of the Croatian dragon. Paralely to other inciatives, the Zagreb Mufti Ismet ef. MuftiÊ in May 1922 presented a letter to the Mayor of Zagreb mr. Vjekoslav Heinzel, with the petition from the reis-ul-ulema Džemaludin ef. Čaušević, to allocate a city building-site for a mosque.

In 1938 the Zagreb Majlis founded a Fondation for the building of the Mosque. In october 1940 the town council decided that the Mosque is to be built in Zelengaj, and the architect Zvonimir Požgaj and painter Omer Mujadžić were entrusted with the work out of the project.

The authorities of the Croatian state (NDH) during World War II are making a decision in august 1941 that a building were the Center of fine arts was situated, built by the project of the sculptor Ivan Meštrović, was to be converted to a Mosque.

The outside convertion was designed by the architect Stjepan Planić, and the interior by the architect Zvonimir Požgaj. The construction of the three reinforced concrete minarets 45 meter high and the outdoor fountain was finished in spring 1943. In the inside part a new dome was placed wich ventilated the space and carried a 1000 kg weight chandelier. On the first floor room for a library was built. In the inside hall a monumentaly Mihrab, a Mimber and pulpit were placed. The inside walls of the Mosque were coated with green italian marble, and by the idea of the sculptours Joze Turkalj, Emil Bohutinski and Marijan Matijević, decorated with tuff ornaments of old-croatian hurdle motives and arabian calligraphy wich was composed and made by Muhamed Mujagić, a calligrapher from Sarajevo. The floors were covered with forty carpets type Esfahan. The Mosque was officialy opened in august 1944.

1945 - 1948 There are eye-widness statements that on some Fridays up to 5000 Muslims, which were serving in the Yugoslav army, were coming in formation for Friday prayer to the Zagreb Mosque. This is asumed as one of the reasons for the destructive development to follow later.

The Yugoslav communist authorities in April 1948 began the closing of the Mosque and the destruction of the Minarets, as ideologicaly unwelcomed simbols of the past. All interior remains of the Mosque were removed by autumn 1949 when in the building the Museum of peoples liberation was moved in. Separate remains of the Mosque were rescued in the time of destruction 1948 while the monumentaly Mihrab was found in 2002 in a wall during the last reconstruction of the building. The saved and founded remains are today exhibited in a Memory hall in the Islamic Center in Zagreb. Today on the place of the first Zagreb Mosque is the „Hall of croatian fine art artists“ situated.

1977 - 1987 The Board for building the Zagreb Mosque was established, and with his work, engagement and efforts of the members of the board, the building of the Zagreb Mosque - Islamic Center was started and succesfully finished, after a struggle of muslims for 40 years with authorities and politics to build their Mosque.

1981 - 1987 The building of the Zagreb Mosque was financed through donations by Muslims all over the world, but the essential financing and making it possible to finish the great task, was by donations and through the readyness and determination of the Muslims of Zagreb.

1987 On the 6th of september the celebration of the opening of the Zagreb Mosque was held in presence of around 60 thousand cititizens and guests.
The Islamic Center in Zagreb, today is considered as one of the most beautifull and important Islamic centers in Europe. The Mosque is one part of the center, the most important one, but there are a lot of other contents. In the Zagreb Islamic Center there is the Islamic Gymnasium, the religious teaching for the young ones, a kindergarden, library, exhibiton hall, congress hall, youth club, football club, restaurant and bookshop. There are lectures, exhibtions, congresses, Kur’an teaching competitions, celebrations, weddings, sport events, school festivals, celebrations of Islamic holidays and all praying fascilities and contents which make the Zagreb Islamic Center unique and worth visiting. 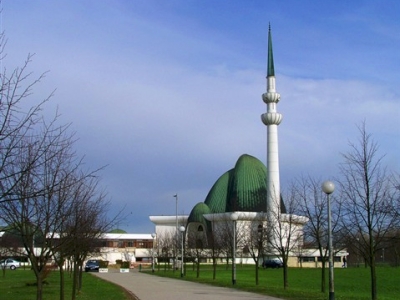 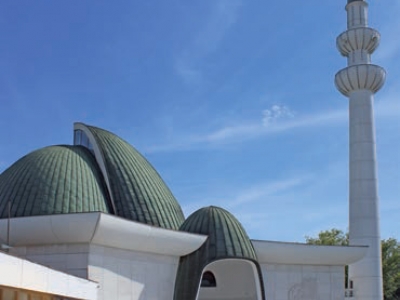 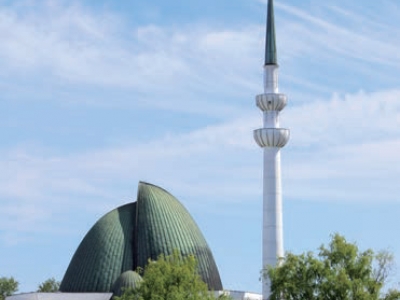 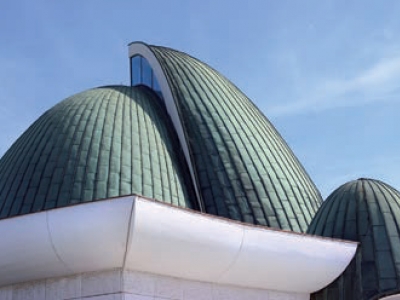